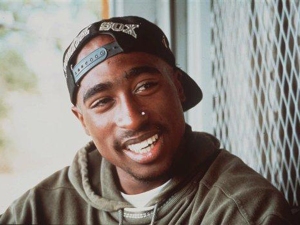 More than a decade after his death on this day in 1996, rapper Tupac Shakur remains one of the most recognizable faces and voices in hip-hop. A steady stream of posthumous album releases has kept his name near the top of lifetime sales rankings, and artistic efforts like the 2003 film Tupac: Resurrection have kept his image and music current among fans who were far too young to have seen and heard him perform while he was still alive. His recording career came to an end with his death at the age of 25, but like another famous rapper with whom his story is intertwined, Shakur has only grown in stature with each passing year since his still-unsolved murder.

The story of Shakur’s death on September 13, 1996, begins with a failed attempt on his life two years earlier. On November 30, 1994, Tupac Shakur was shot and seriously wounded during a robbery committed by two armed men in the lobby of a midtown Manhattan office building that housed a recording studio where he’d been working on his third album, Me Against the World (1995). For reasons that have been detailed obsessively in works such as Nick Broomfield’s 2002 documentary Biggie and Tupac, Shakur blamed the attack on producer Sean “Puff Daddy” Combs and rival rapper Christopher Wallace—a.k.a. “The Notorious B.I.G.” Shakur’s charges, and his subsequent move to the L.A.-based record label Death Row Records, sparked the so-called “East Coast vs. West Coast” feud that defined the hip-hop scene through the mid-1990s.

In Las Vegas on September 7, 1996, for the Mike Tyson-Bruce Seldon boxing match, Shakur and others in his entourage were captured on tape in the lobby of the MGM Grand hotel engaging in a violent scuffle with a man later identified as a member of the Los Angeles-based Bloods street gang. Hours later, Shakur was riding as a passenger in a car driven by Death Row Records head Marian “Suge” Knight when a white Cadillac pulled up alongside them at a stoplight on Flamingo Road and opened fire. At least 12 shots were fired, four of which struck Shakur and one of which grazed the head of Suge Knight. Emergency surgery at University Medical Center saved Shakur’s life that night, and in the days following, doctors announced that his chances of recovery had improved. On September 13, 1996. however, Tupac Shakur died of his wounds.

Six months later, Shakur’s rap rival, Christopher Wallace, was murdered in similar circumstances in Los Angeles. No arrest has been made to date in connection with either murder.