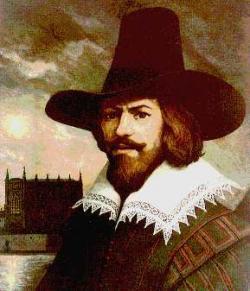 After a brief show trial in Westminster the captured conspirators in the so-called Gunpowder Plot to wipe King, Lords and Commons from the face of the earth were kept in The Tower to await their fate.
On January 27 the first three of their number were executed: Thomas Bates, Sir Everard Digby, and Robert Winter (or Wintour), all hanged drawn and quartered in St Paul’s churchyard.
Guy Fawkes along with Robert Keyes, Ambrose Rookwood, and Thomas Winter suffered a similar fate on January 31, in the Old Palace Yard in Westminster.
The end they made was to be a grisly one. Tied to a hurdle they would be dragged without dignity to the place of execution. They were then to be hanged – more like strangled, as no drop that might bring immediate death was involved. While still alive they would be pulled to the executioner’s block, their genitalia cut off and burned in front of them, and their stomachs slit open in order that their innards be wrenched from their bodies. Finally they would be beheaded, and their bodies cut into four – quartered – for display where the king so willed.
Fawkes, who had resisted horrific tortures for three days before giving up the names of those already known to the authorities, was so weak he had to be helped onto the scaffold. But he retained his courage to the end, and when the noose was about his neck he took the hangman by surprise, jumping from the scaffold and so breaking his neck, thus being dead when the rest of the sentence was carried out.
Keyes tried to cheat the crowd of their gory spectacle in the same way, but as the rope broke he did not even have the relief of partial strangulation before being emasculated and eviscerated. A viler death is hard to imagine.