Born on 4 December 1896 in Vernon, British Columbia, McCall enlisted with the 175th Overseas Battalion attached to the Canadian Expeditionary Force (CEF) in February 1916.  Some ten months later McCall was in England as a Sergeant with the battalion.

With his evident desire to participate in the aerial conflict McCall received a commission as a Lieutenant pilot trainee the following March.  Much of the rest of 1917 was spent in pilot’s training: consequently it wasn’t until December that he was assigned to 13 Squadron on the Western Front.  His initial duties saw him fly lumbering two-seater R.E.7 aircraft on reconnaissance missions along with fellow airman F.C. Farrington.

In spite of being assigned reconnaissance duties McCall nevertheless scored his first aerial victory while flying the R.E.8, shooting down an enemy German aircraft intent upon downing McCall.  Within two months McCall was awarded the Military Cross “for conspicuous gallantry and devotion to duty” – or, more specifically, for destroying an attacking enemy aircraft while observing artillery fire.

Within two weeks of winning the Military Cross he awarded an accompanying Bar, this time for downing an enemy scout aircraft while engaged on photographic work.

McCall was next transferred to 41 Squadron and given a single-seater S.E.5a aircraft.  Four ‘kills’ in May 1918 resulted in the award of a Distinguished Flying Cross.  Promoted to Captain McCall remarkably downed five German aircraft in a single day, 30 June – four in the morning and another in the evening.  Only two days earlier he had brought down a further four enemy aircraft.  By now his tally of confirmed victories ran to 20 aircraft.  For his success on 30 June McCall was awarded the Distinguished Service Order.

On 17 August, while out flying with William Claxton and another airman, McCall ran into some 40-60 German aircraft.  While McCall managed to escape back to Allied lines Claxton was forced to land in enemy territory and was taken prisoner.

Following the armistice McCall embarked upon a variety of civil aviation ventures, ranging from stunt flying to management of his own company, McCall Aero Corporation Limited (formed in 1920).  With this company McCall flew commercial freight and passengers across Canada.  McCall also worked to encourage the formation of Canadian flying clubs in the inter-war years.

With the arrival of the Second World War McCall was recalled to service with the Royal Canadian Air Force as a Squadron Leader, based at numerous western Canadian bases. 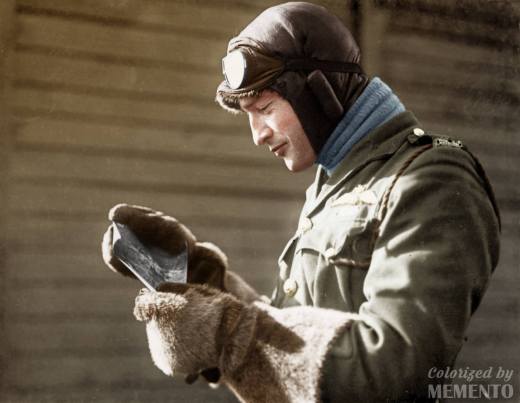