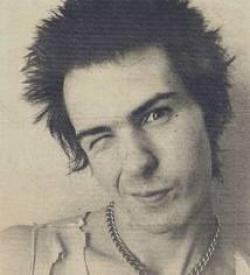 Sid Vicious epitomised the extreme wing of punk music. The Sex Pistols bass player who couldn’t play bass but became famous anyway for his antagonistic attitude; his self-harm; his nihilism; and most destructively of all his drug addiction.

By the autumn of 1978 Vicious had left the Sex Pistols . He and his girlfriend of well over a year Nancy Spungen, who some say introduced him to heroin, were living in New York, staying at the bohemian Chelsea Hotel. On the morning of October 12 1978 Vicious found his girlfriend in the bathroom; she had one stab wound to her abdomen, and had bled to death. Both had taken heroin the previous night; the knife that killed her was one bought by Sid.
The police who came to the hotel arrested the punk rock star. At various points he supposedly admitted knifing Nancy, but not having intended to kill her; and that somewhat improbably she had fallen on the blade. Others have put forward theories that a drug dealer delivering supplies had tried to rob the couple with Vicious out cold, and been disturbed by Nancy; or that another addict killed her.
In February 1979 Vicious died of a heroin overdose while on bail awaiting trial for the murder. Accident, suicide, or even according to some murder, as his mother allegedly later confessed to the deliberate administration of the fatal dose? As with the murder of Nancy Spungen, his death remains a mystery, a sordid yet still tragic mystery. Nancy was 20 when she died; Vicious 21.