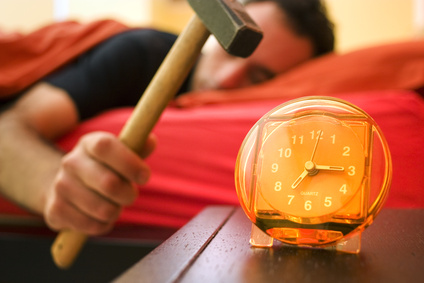 Looks like science has given us yet another reason to sleep in. With winter fast approaching and many of us already starting to spend most of the shortened daylight hours indoors while we’re at work, this newly released scientific study may force us to at least reconsider how we’ve decided to live our lives.

The culprit? A term referred to as ‘social jet lag,’ which is the difference in time between when your alarm wakes up and when you would normally wake up without one. You know those days where you’re tired from the morning until the second you crawl back into bed? Now you have a term for it.

“When the sun comes up in the morning, the light turns off or suppresses melatonin, which is the naturally occurring body hormone which helps us go to sleep.

At the same time, our internal cortisol levels start to rise in the mornings. Cortisol is the same hormone that’s released if you have a fright and get that jolt of energy.”

That means that if we do what we’re supposed to and wake up when the sun comes out, melatonin production is suppressed and cortisol production begins to physically wake us up.

As such, waking up in the dark has the opposite effect, and explains why I and everyone else that works overnight shifts are the way they are. The negative effects of not getting enough sleep are nothing to yawn at (sorry), and range from hormonal imbalances to a host of degenerative diseases, including heart disease, strokes, diabetes, and is a leading cause of depression and accelerated aging.

While controlling when the sun is going to be seen in the sky is best left to Mr. Burns, there are several measures we can all take to help us get better sleep.

Cut the caffeine – Especially when you’re within 6 hours of your scheduled bedtime. You wouldn’t believe the difference having your last cup of coffee at 2pm makes.

Make sleep a priority – As strange as it may sound, making sure you plan for sleep can drastically change how long it takes you to fall asleep, how much sleep you get, and how productive you will be the following day. For starters, leave that cell phone plugged in on the other side of the room when you start winding down for bed.

Have a proper breakfast – Vitamin D has been linked to energy levels in many studies, and missing out on direct sunlight means we’ll have to metabolize it from another source. Start your day off with the right proteins, fats, and whichever source of carbohydrate your dietary philosophy subscribes to, and you’ll be able to avoid the midday drag we experience too often.

Use technology to your advantage – Since it’s 2016, there’s also a tech fix to our sleep problems. Alarm clocks that simulate the sun rising have been used by people with irregular sleep schedules in recent years with much success. If you’re up before the actual sun is, or work an overnight shift, then this might be your ace in the hole when it comes to starting your ‘day’ off right. 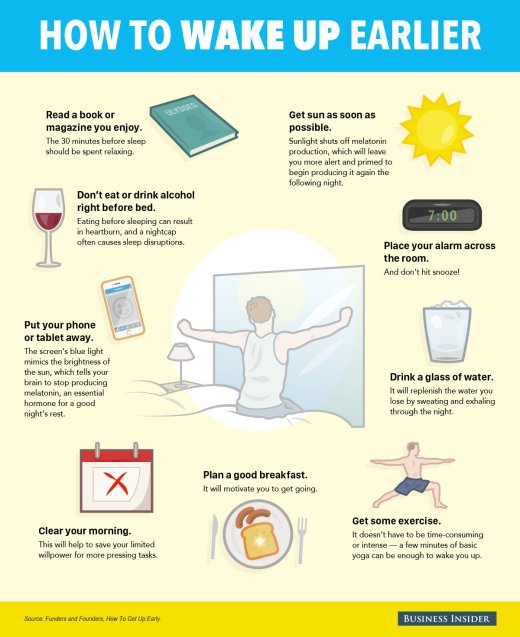