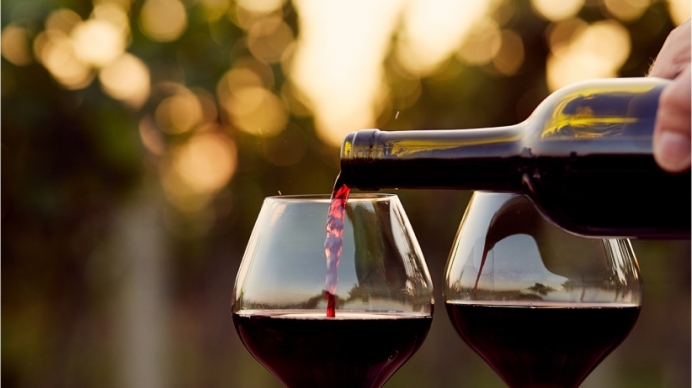 Before coffee snobs, there were wine snobs. And they were sometimes insufferable. So much so that the wife of one particular collector couldn’t resist making a playful switch during one of the wine tastings her husband held with likeminded associates. She surreptitiously took the party’s dump bucket (the one into which all the extra wine is tossed during a tasting) and poured it into an empty wine bottle. She later served it during the tasting, label hidden, claiming it was a special wine they simply had to sample. The cobbled concoction of disparate varietals and competing profiles was so well received — so very well received, in fact — that she couldn’t bring herself to confess the prank.

It’s a version of a blind taste test that’s been replicated in various circles the world over, one that’s called the assumption that expensive wine actually tastes better than cheap wine into question. In one legendary switch, a fledgling California wine entered a blind tasting against wines crafted by storied French Bordeaux producers — and came out on top. Clearly, when it comes to wine, one’s perception comes into play.

Some studies even show the average wine enthusiast prefers cheap wine to expensive wine, while wine connoisseurs may be able to tell the difference between cheap and expensive wines — but only just. The lesson? When we do not know a wine’s price, most of us will get just as much enjoyment from a cheap bottle as we would from its pricey counterpart [source: Goldstein].

Before you reset your wine budget to an all-time low (Two-Buck Chuck, anyone?), consider the complications. The taste of wine isn’t really dependent on, well, the wine. The taste is a combination of the alcoholic beverage in the glass and the environment in which you taste it. The temperature of the wine matters. So do the circumstances, the company you keep and the food with which you pair it.

When you drink a wine, no matter the price, your perception of the wine will influence the way you experience the taste. If you believe it to be an expensive wine, then it will probably taste that way.

In one study, 20 participants tasted five Cabernet Sauvignons sorted by price (from £5 to £90) while inside an fMRI machine that measured brain activity. However, only three actual wines were used. One of the £5 wines, for example, was secretly served as a £45 wine as well.

The study’s participants found the more “expensive” wines tasted better. The $90 bottle was preferred to the $10 bottle, even when they were same wine. But here’s the kicker: Because the subjects believed they enjoyed the expensive wines more, they actually did enjoy them more. The prefrontal cortex lit up when the most expensive wines were sampled, amplifying their pleasure when drinking it [source: Lehrer].

Turns out, there’s a lot more to a pleasurable wine-tasting experience than the wine itself. The taste of wine simply cannot be separated from our perceptions about its price and quality, as well as environmental factors — such as good company and scenic views — that influence how we interpret the moment.

I’ve tasted expensive wines and cheap wines, but what I recall more than the taste is the circumstance. Even the cheapest wine will taste better to me during a three-hour, multi-course dinner with friends than the pricier version swilled by myself. Wine is social and, if these studies are any indication, that may be as important as the price.