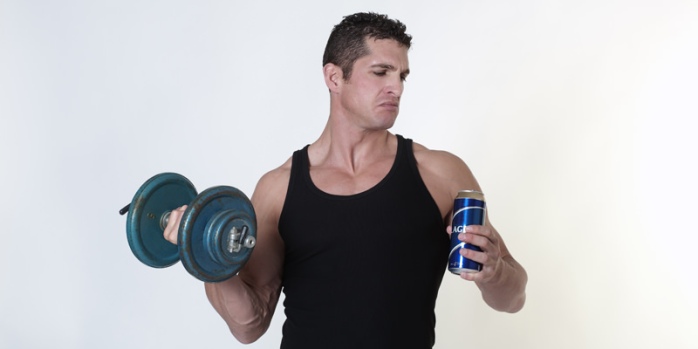 There are countless studies and articles out there that debate whether alcohol consumption is good for you or not, but I’m fairly certain nobody cares about the negative headlines and we simply choose to believe boozin’ is super healthy. I mean, at least that’s what I do.

If you, too, choose to believe alcohol is good for you, I have amazing news that will definitely justify your reasoning: New research revealed that booze has invigorating, anti-aging powers, and is actually one of the secrets to a long and prosperous life. This is some of the best news I’ve ever heard, so I’ll drink to that.

The research was presented at the American Association for the Advancement of Science’s annual conference, where neurologist Claudia Kawas presented the riveting scientific breakthrough that drinking two glasses of wine or beer a day can significantly reduce your risk of a premature death – and is even better for your health than exercising regularly. Hah! Take that, naysayers.

To determine this awesome conclusion, Kawas and her team analyzed data from a long-term study conducted at the UC Irvine’s Institute for Memory Impairments and Neurological Disorders, called the 90+ Study, which has been following old-timers who basically all lived to be historic landmarks since 2003, in order to find out which lifestyle practices are best for longevity.

The researchers concluded that people who drank two glasses of wine or beer a day saw an 18 percent drop in their risk of early death, whereas participants who exercised 15 to 45 minutes a day cut the same risk by only 11 percent. This suggests that alcohol is the actualsecret to a long life, and is probably what flows through the Fountain of Youth.

“I have no explanation for it, but I do firmly believe that modest drinking improves longevity,” Kawas said at the conference. Honestly, I don’t think we need any further explanation. I’m sold.

Besides, as they say: “Two drinks a day keeps the grim reaper away,” right? I’m pretty sure that’s how the saying goes.

Now, if you’re questioning the unparalleled revitalizing powers of booze, let me reassure you that drinking is super healthy with a few examples of some of the oldest people I’ve ever heard of.

It may sound like I totally made all of that up, but I didn’t. But just to be clear, I’m not saying to mummify yourself in alcohol, because that’s definitely not good for you. Everything in moderation, my friend.