The SR-71 Blackbird is still the fastest plane that has ever flown and served an important role in history as a spy plane. Its first test flight was on December 22, 1964 and was never once hit by a missile during its 25 years of service.Though these awesome planes haven’t left the ground since before the turn of the century, they’re still worth all the recognition of being the fastest plane on Earth.

The SR-71, the most advanced member of the Blackbird family that included the A-12 and YF-12, was designed by a team of Lockheed personnel led by Clarence “Kelly” Johnson, then vice president of Lockheed’s Advanced Development Company Projects, commonly known as the “Skunk Works” and now a part of Lockheed Martin Corp.

The Blackbirds were designed to cruise at “Mach 3+,” just over three times the speed of sound or more than 2,200 miles per hour and at altitudes up to 85,000 feet.

Now when talking about SR-71 probably the most frequently asked Blackbird question is-how high and how fast does it really fly?

‘When I first joined the SR-71 program there was one permanent operating location for SR-71s at Kadena AB. The unit at Kadena was known as detachment 1 (or Det 1) of the 9th SRW. Habus were deployed to Det 1 for six weeks at a time and each crew made the trip four to six times a year. About twice a year, there was a requirement to temporarily activate an additional Det at RAF Mildenhall in England. Although we’d had two SR-71s permanently stationed at RAF Mildenhall since 1981, it wasn’t until 5 April 1984 that Prime Minister Thatcher formally announced SR-71s would be permanently based at Mildenhall. This unit was known as Det 4 of the 9th SRW. Dets 2 and 3 of the 9th SRW were U-2 operating locations, at Osan AB, Korea, and RAF Akrotiri, Cyprus, respectively.

‘There was a significantly different flying environment between the two detachments. The weather was almost at opposite ends of the spectrum. The missions were not quite as “routine” as many of the Okinawa missions.

‘Because of the more demanding missions at Mildenhall, each new SR-71crew had to fly its first operational sorties at Kadena. Every SR crew lobbied long and hard to get on the schedule for Mildenhall. And London was not far away!

‘Frank Stampf, my RSO crewmate on the SR-71, and I were fortunate to get on the schedule for Mildenhall after only two trips to Okinawa. For both of us, it was like going home. Just before entering the SR-71 program, Frank had been stationed at RAF Alconbury for about four years as an RF-4 crew dog. And I had been stationed at RAF Lakenheath for a couple of years. As the “crow flies,” Alconbury is only 30 miles from Mildenhall and Lakenheath is only 3 miles from Mildenhall. We were both anxious to visit the old flying buddies we had known and worked with in careers before we became Habus.

‘On one occasion, I arranged to meet several of my F-111 friends at Lakenheath Officers’ Club for dinner. We met in the bar and had a few drinks (as a real, live, dyed-in-the-wool teetotaler, I assume I was drinking grapefruit juice or 7-Up). We shared numerous laughs while trying to outdo each other with tales of unequalled courage and great feats of airmanship. I’m sure our hands were getting a good workout—pilots gesticulate a lot!

‘At some point in the evening, the Aardvark (F-111 nickname) guys began to press me, in a good-natured way, for classified information about the SR-71. Probably the most frequently asked Blackbird question is-how high and how fast does it really fly? That question was being actively pursued that night at Lakenheath.

‘I need to back up about a year and a half to set the stage as to why they seemed intent on pushing that particular question. In most Air Force buildings, at least the flying squadron buildings I used to frequent, there were numerous locations where the base fire marshal had posted information regarding fire classifications and appropriate reactions upon discovering different types of fires. These posters were displayed in the restrooms, in the halls, near the duty desks, in the crew briefing rooms, and next to all of the fire extinguisher. I can’t remember all the specifics other than there was one fire classification identified as a category or type 3.

‘At some point in my application for assignment to the SR-71, I was requested to go to Beale for my “tryout” for the Blackbird program. The whole process from departing Lakenheath until returning back to Lakenheath took about two weeks. During the visit to Beale, I heard and read a number of times that the unclassified speed of the SR-71 was listed as Mach 3-plus. A “3+” patch is displayed on flight suits worn by SR-71 squadron crewmembers.

‘When I arrived back to Lakenheath, I was really pumped up and excited about the prospects of being selected to fly the SR-71. I didn’t want to forget the experiences I had at Beale or to lose sight of my goal. To help me remember and to keep my attention focused on what I wanted to do, I began adding a black grease pencil + sign to all of the 3s on the fire code posters. There were many added + signs around the base that the very diligent safety officer in 493rd Tactical Fighter Squadron actually called the base fire marshal to get information about this “new classification.” When he was told there was no such thing as a code 3+, he finally figured it out and started looking for me. I was given a “cease and desist” order and one by one, he began erasing my “unauthorized” + signs.

‘Now back to the “O” Club a year and a half later. My dinner partners remembered the fuss over the posters and figured now was an appropriate time and place to get the real scoop as to how high and how fast the Blackbird really did fly. They were curious as to what kind of speed that little + sign actually equated to.

‘I played along for a while, dragging out the inevitable answer of Mach 3-plus, which, when all was said and done, was all I really could tell them anyway. I finally got them leaning in toward me as we sat around the dinner table. I did a pretty good acting job as I began nervously looking around the room be sure no one else was eavesdropping on what they thought would be a classified conversation.

With the guys leaning in to hang on every word I was about to speak, I said something like, “You’ve got to promise not to tell a soul what I am going to tell you now. If you do, I’ll deny it till the day I die. I’m sure you know I shouldn’t be talking about this at all. You know how high the pile will be that they’ll stick me in if you tell anyone else.” As they gathered closer to make sure they didn’t miss anything, I said, “I can’t specific numbers, but I can give you a point of reference you can use to figure it out. You know the part in ‘High Flight’—where it talks about putting out your hand to touch the face of God?” Well,” I added, “when we’re at speed and altitude in the SR, we have to slow down and descend in order to do that.” 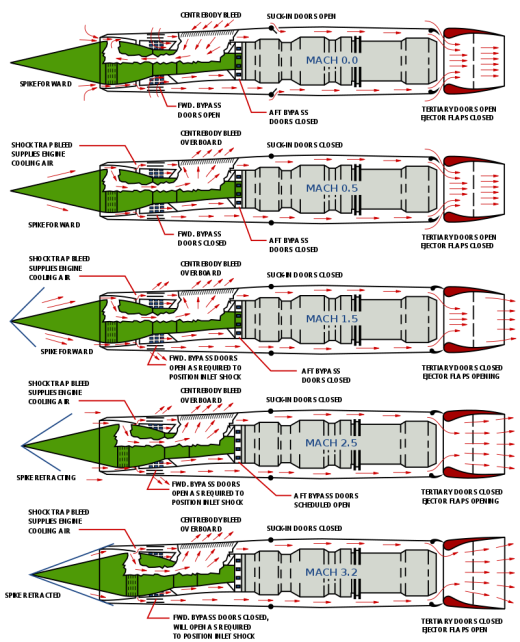 “You know the part in ‘High Flight’—where it talks about putting out your hand to touch the face of God? Well, when we’re at speed and altitude in the SR, we have to slow down and descend in order to do that,” Gil Bertelson, former SR-71 Blackbird pilot.

15 Fascinating Facts About The SR-71 Blackbird —

1. The SR-71 Blackbird aircraft was built by Lockheed Martin and took its first flight in 1964. It was retired by NASA in 1999. 2. It is the fastest planes that ever took flight. The official fastest record it holds is 2,193.13 mph on July 1976. The photo above was taken right after it reached that record. 3. It earned its nickname “Blackbird” because of how stealth it was. It was also extremely quiet inside the cockpit, according to pilot Richard Graham. “You could hear a pin drop. The view is spectacular, being able to see the curvature of the Earth and the black space above filled with stars,” he said. 4. The Blackbird was able to map terrain like a side-scanning sonar, aim a radar up to 45 degrees to the side, and interrupt enemy communication and radar signals. 5. It was built to fly up to Mach 3.4 speeds (approx. 2,500 mph on land). 6. Over 4,000 missiles were fired at the Blackbird in the 25 years it was flown, but none ever hit it. The Blackbird was just too fast and its evasive tactic was just to speed up until the missile couldn’t keep up with it. 7. Its navigation system called “R2-D2” had a sensor so powerful that it could detect up to 61 stars in broad daylight while the plane was still on the ground. 8. The plane required a large amount of titanium to be built so the CIA created fake companies around the world to buy metal from the USSR, which was the biggest supplier, as well as the United States’ enemy at that time. 9. The plane was covered in over 60 pounds of black paint because the black helped cool down the plane by up to 86 degrees. Traveling at over Mach 3, the plane could hit as high as 1,000 degrees without the black paint dissipating the heat. 10. The SR-71 constantly leaked fuel while not in flight due to the contraction of its titanium skin. The tank was designed to expand as it heated up due to air friction. The SR-71 had enough fuel to take off and then get refueled up in the air by a tanker. 11. Its tires were specially designed for the SR-71. Their material was made of aluminum powder which was impregnated to reject heat. This additive gave its unique appearance of silver coloration. 12. There were only 32 Blackbirds ever built. 13. Even though it leaked fuel, the fuel had such a high flash point that it would not ignite even if it was hit with fire. 14. To work on the plane as a crew member, you needed to be between the ages of 25 and 40, be married and be “emotionally stable.” 15. The camera on the Blackbird was so advanced that when it took a photo of a car on the ground that was 80,000 feet below it and the plane traveled at over 2,000 mph, the license plate would be visible in the photo.