The gas-guzzling engine of yore has been replaced by a 30 aH lithium-ion battery.

It takes a lot of guts to mess with a bellissimo Vespa. The iconic scooter, which was designed by Corradino D’Ascanio and released by Piaggio in 1946, is beloved the world over. In fact, more than 16 million Vespas have been made to-date and garnered one helluva loyal fanbase. But, that hasn’t stopped one India-based design firm from penning a disruptive new take.

Mightyseed’s electrifying concept reimagines the classic scooter as a modern battery-powered ride. Like its muse, the “Vespa 98” still has a simple silhouette, step-through frame and artfully concealed mechanics. It also exudes the same playfulness for which the original two-wheeler is renowned. But it’s been equipped with a spate of futuristic features to bring the bike full speed into the 21st century 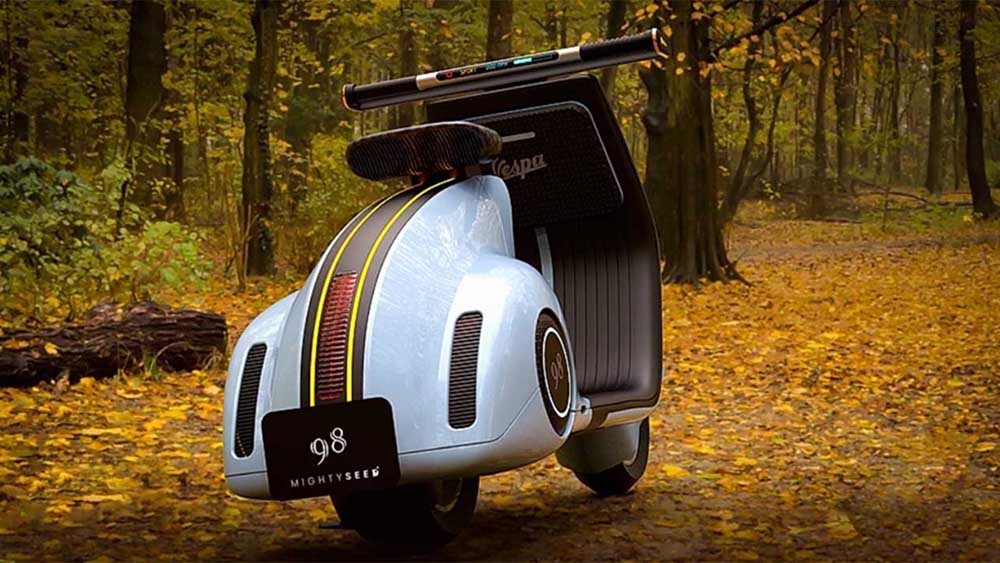 The gas-guzzling engine of yore has been replaced by a 30 aH lithium-ion battery and hub-mounted motor. This not only gives the rider extra storage under the seat; it reduces the carbon emissions to zero. The rearview mirrors have been swapped for an intuitive LIDAR system, which is essentially a fancy sensor that allows riders to “see” what’s around them (road hazards, oncoming vehicles, pedestrians, etc.). And the seat has also been reduced in size.

Surprisingly, it’s the handlebar area where the designers have really switched things up. They’ve eschewed the Vespa’s signature round headlight in favor of a minimalist LED strip that sits atop the front fender, offering a futuristic digital display, which runs across the decidedly svelte bars. These features alone give the bike a next-gen feel that’s sure to appeal to tech-heads. 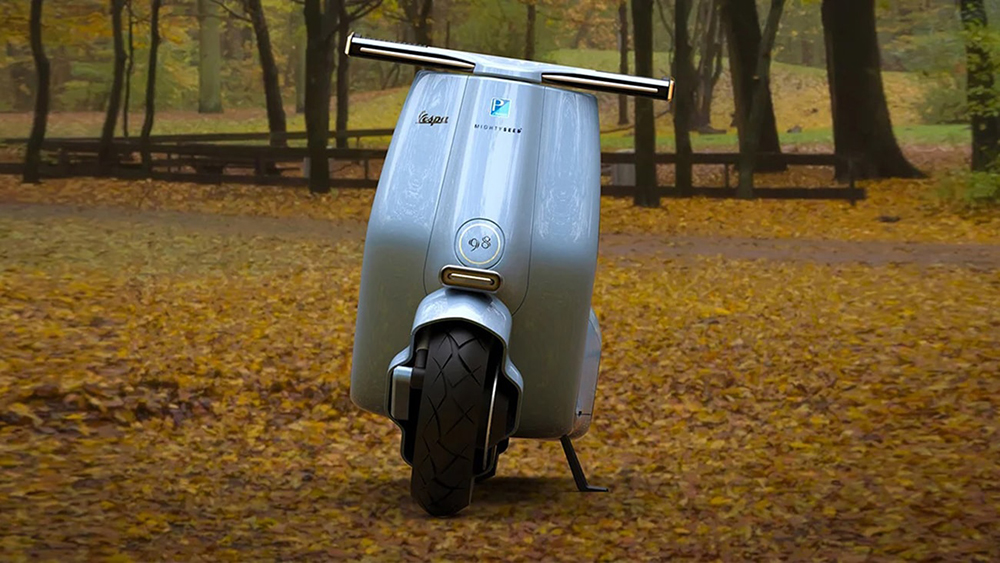 The scooter’s outer shell sports a pale blue gloss finish, which is juxtaposed by two neon yellow pinstripes that run down the backside. It’s not the most groundbreaking paint job, but it’s appealing nonetheless.

“The Vespa 98 project was an in-house self-initiated project and the inspiration was Corradino D’Ascanio’s adored Vespa,” Mightyseed’s co-founder and principal designer, Bonny Sunny, told Robb Report. “We added the flavor to look relevant for modern times.”

The firm didn’t divulge whether this Vespa will roll into production. But count us among those hoping to see this Vespa on the road.