In fact, last year, we consumed 73 million bottles of the stuff.

Fortunately, experts have found that it could well have health benefits, It’s been reported that gin can help tackle hayfever, but now experts have discovered that it may also boost your metabolism.

A study carried out by the University of Sigulda in Latvia found that gin may have a positive effect on our metabolism by helping to burn calories more efficiently.

The study was carried out using groups of mice, who were given either gin or water.Their calorie burning potential was then observed, with researchers finding that the mice who drank the gin showed an increase in their metabolic rate and not by a small measure.

Not only that, but some mice showed an increase of a whopping 17% in metabolic rate.

The mice who were given the water showed no change at all. The reason given for the change in metabolism is that it creates what has been dubbed an ‘afterburn effect,’ boosting metabolism as the liver continues to break down the alcohol in the liver.Study author Thisa Lye confirmed that ‘the spirit may have a slimming effect on the body’, though she added that further tests would need to be carried out on humans before the theory could be completely verified.

ADD SOME HOLIDAY CHEER TO YOUR PARTY MENU WITH THIS GIN, ELDERFLOWER AND PROSECCO COCKTAIL!

Simple truth: Everyone loves bubbles. And drinking bubbles with friends and family makes them even better.

Ever get tired of the same old drinks, but don’t want to serve something that has a ton of ingredients and is putzy to make? Try this Gin, Elderflower and Prosecco Cocktail.

This is my drink of the season, and I definitely think you should add it to your collection. The elderflower adds a subtle, sweet undertone, and the Prosecco bubbles lighten up the drink nicely.

Looking for a stiff drink? Add just a bit of Prosecco. Want a lighter drink? Be generous with your bubbles.

Usually garnishes are just for looks, but this is one drink where they really complete the cocktail. But don’t worry, they aren’t a lot of work. All you need is a squeeze of lime juice and a fancy sugar-coated rim to make the drink look as impressive as it tastes. Anyway you pour it, you can’t go wrong.

Here’s hoping that you find an opportunity to share this drink with good friends and family this holiday season. Cheers!

It’s a remarkable moment when you switch from drinking the kind of vodka that doubles as rubbing alcohol to the top shelf stuff; it’s like a step toward adulthood. That said, there’s another barrier separating the average person drinking Grey Goose and those who drop over £4,000 on a bottle without blinking an eye.

Alone, you can probably score a bottle of Grey Goose Magnum for about £160 (not cheap, but not that crazy). However, put that alcohol in a bottle designed by Swiss jeweler Chopard, in addition to the silver cage the bottle comes with, and suddenly the price jumps to £815. However, those caged Grey Goose bottles were given a limited release, so if you want to pay over £800 for vodka in a fancy birdcage, you’re going to have to act quickly.

Alizé developed a limited run of Valentine’s Day-themed bottles, claiming to have produced “the original drink of love.” The only problem is, you might run into some relationship issues when your partner finds out you spent £1600 on a bottle of Alizé. The drink mixes vodka, Cognac, passion fruit, strawberry, lychee, and rose. What could be more romantic than Swarovski crystals on Valentine’s Day? Oh, right, not spending £1600 on a bottle of Alizé.

The delivery process is what really makes this vodka, as its carafe and cap are gilded and topped with an eagle, which is then placed upon a Fabergé egg (also gilded). It might not be so expensive if the egg wasn’t hand-crafted, which must contribute to the price tag. However, before you make the decision to buy a glorified Fabergé egg, check with your grandma—she might just have some Fabergé eggs you can have.

How could anyone justify pricing a bottle of vodka at £2400? Stolichnaya does, by explianing that it uses pure water from underground reservoirs in the Himalayan Mountains, mixed with Russian winter wheat. But that alone isn’t enough to get to spend £2400, right? Well, the bottle is made of hand-blown glass, and each bottle comes with a gold-plated ice pick (though if you contemplate sticking the ice pick into your head after you realize you just spend £2400 on a bottle of vodka, that’s entirely understandable).

Anything that has 8,300 Swarovski crystals attached to will not come cheap, and Iordanov Vodka is no exception. Coming in at £3100, the appropriately-named Decadence Edition vodka flaunts high-class quality with the hand-designed, crystal-lined bottles.

Released in 2008, this high-end vodka was only available in the coolest nightclubs, and for good reason: your average joe isn’t going to drop almost £6K on spirit. Adding to the grandeur was the manner of display for the opulent bottle of booze, as it sat on a rotating LCD display, allowing for the 7,000 Swarovski crystals to draw your attention.

The Belver Bears vodka was released in a limited edition run in the VIP Room in Cannes, St. Tropez, and Paris. Designed using a jeroboam from Belvedere vodka, these teddy bear-inspired bottles were designed by Jean-Roch. Question: Is it scarier to be attacked by a bear than to pay more than seven Gs on a piece of glass with a liquid inside it?

Diva Vodka is crafted through a meticulous distilling process, where the alcohol is triple refined and finished after pouring through precious stones. You don’t really think that kind of care will come cheaply, do you? They do offer a bottle of the triple-distilled vodka for $3,700 (peasant prices), but that bottle doesn’t come fitted with precious stones. For all you high rollers, the premier bottle of Diva Vodka will set you back a cool 82k. Let that sink in for a second.

This vodka is produced by car manufacturer Dartz’s Russo-Baltique vodka brand, and had reportedly retailed at 105k. The bottle was crafted to mimic the classic design of Russo-Balt automobiles. If the price tag is too steep for you, check out this promotion: if you purchase one of their 105k  Dartz Prombron Monaco Red Diamond Edition SUVs, then you get three bottles of Russo-Balt for free. At that price, you can’t afford not to buy it.

Leon Verres’ “Billionaire Vodka” will set you back a staggering £2.9 million. Honestly, what gives? How are you going to call yourself Billionaire Vodka but charge less than one billion pounds ? It’s bullshit.

They do run the wheat-based spirit through diamonds to remove impurities, and the 5-liter bottle is adorned with 3,000 diamonds and faux fur (only because Verres is a staunch animal rights supporter), so that’s cool. But it just seems like a fail.

Aaah, the gin and tonic…drink for all occasions. From an accompaniment to a summer’s day in the garden, to an after-work refresher, to a Saturday afternoon in the pub – there really is nothing better. But sometimes it’s nice to mix things up just a bit…these five simple recipes will help broaden your G&T horizons. Cheers! 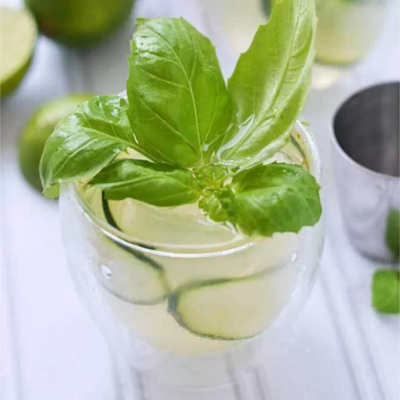 Method:
Using a vegetable peeler, slice thin ribbons of cucumber and place in a cocktail glass. From the remaining cucumber, cut off 3 chunks to muddle into the cocktail. Squeeze the lime juice into a cocktail shaker and add the gin, St Germain, basil, and cucumber chunks. Muddle the ingredients well, and then add ice.
Shake well, then pour into your glass. Top with tonic and garnish with basil. 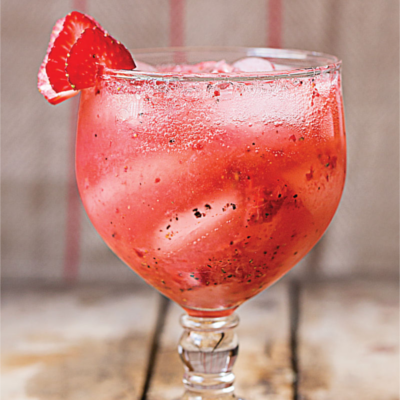 Method:
Muddle 2 strawberries and a good twist of freshly ground black pepper in a shaker; pour into an ice-filled glass. Stir in the gin and top with tonic. Garnish with a strawberry.

Method:
Muddle blackberries, mint leaves, lemon juice and sugar syrup in a glass. Fill glass with ice, and add the gin. Top with tonic water, stir gently and serve. Garnish with a slice of lemon and a mint leaf. 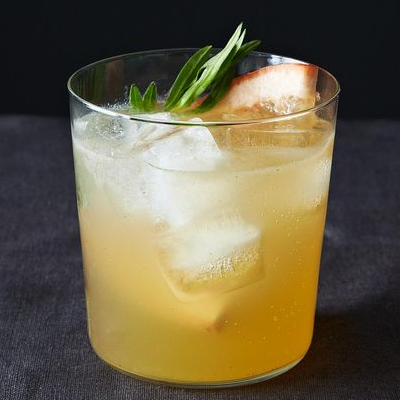 Method:
Muddle the tarragon and sugar in a cocktail shaker. Add a handful of ice cubes, grapefruit juice and gin and shake. Half fill a tall glass with ice cubes. Pour contents of shaker into glass. Top with tonic water. Garnish with a slice of grapefruit and a sprig of tarragon. 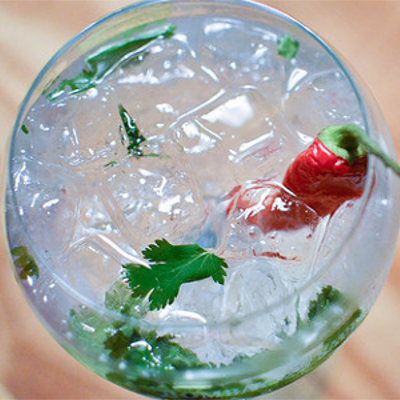 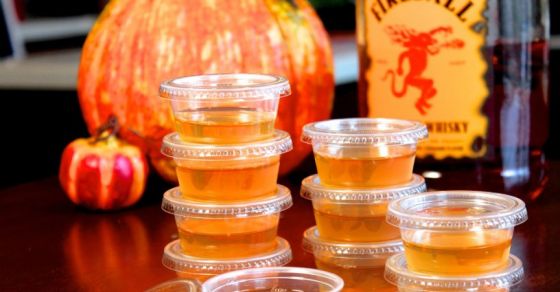 Pour the water and apple cider into a saucepan and heat over medium heat.
Pour in the Knox Gelatin and dissolve.
Remove the saucepan from the heat after the gelatin is completely dissolved.
Pour in the Fireball and Apple Schnapps
Let the mixture cool a little before pouring into plastic jelly shot cups.
Put in the fridge until the jelly is firm enough (2+ hours)
Makes around 32 jelly shots depending on how generous you are with each shot. Be careful not to mess with the amount of liquid or the jelly could be too runny or too firm.

Even though all cocktails should be simple, I’ll excuse a little flair for this awesome ice ball cocktail because it’s just too much fun. An ice cube sphere looks like it’s frozen with a drink inside until it’s hammered to break open the liquid goodness. It all works perfectly because the former ice sphere that held the drink transforms into the perfect rocks for the drink.

Fancy a Naughty cocktail ? Well here there’s a drink for every mood or occasion. Find your favorite naughty cocktail recipes below. Or think outside the glass and try a brand new drink. Your new favorite could be a shake or stir away. 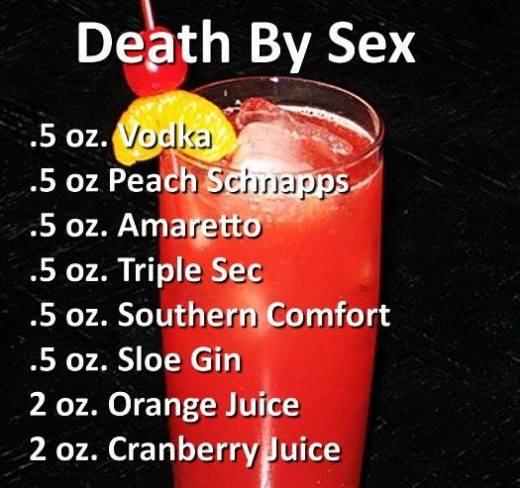 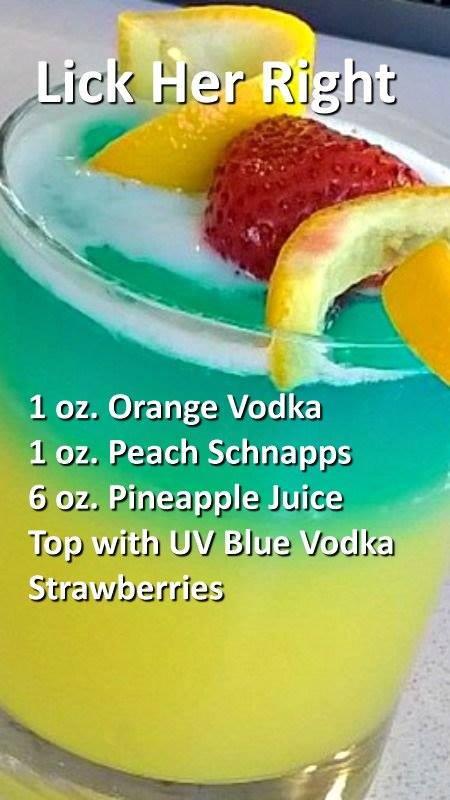 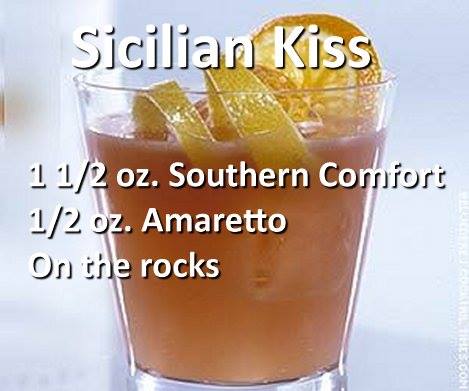 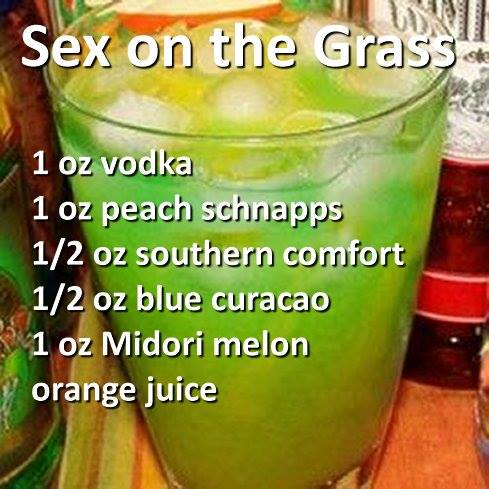 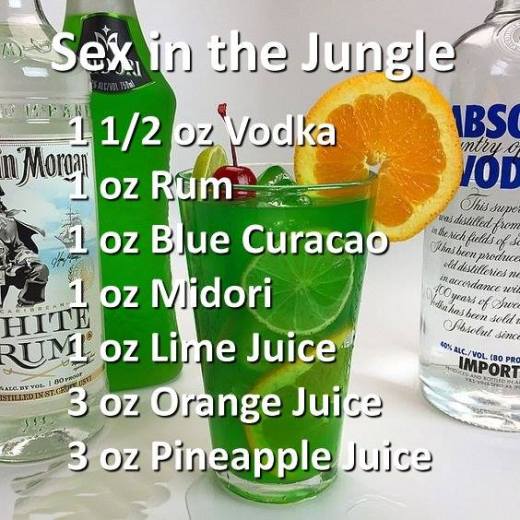 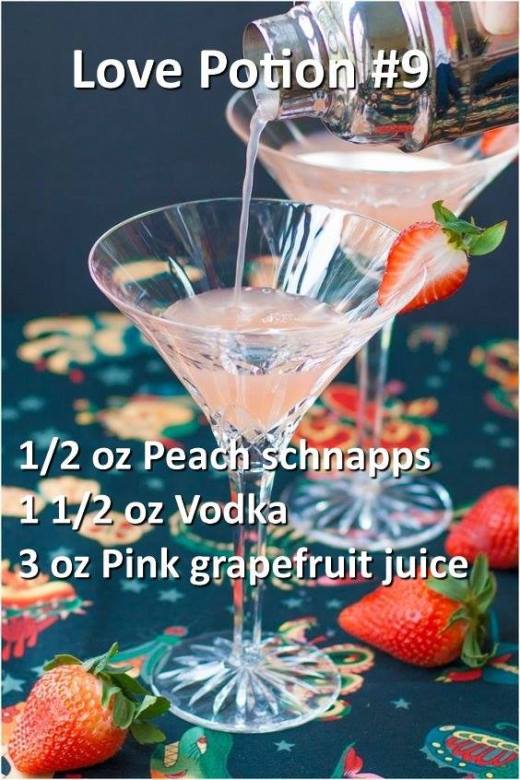 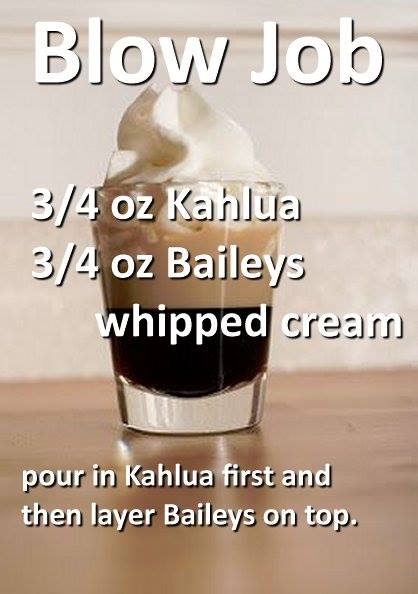 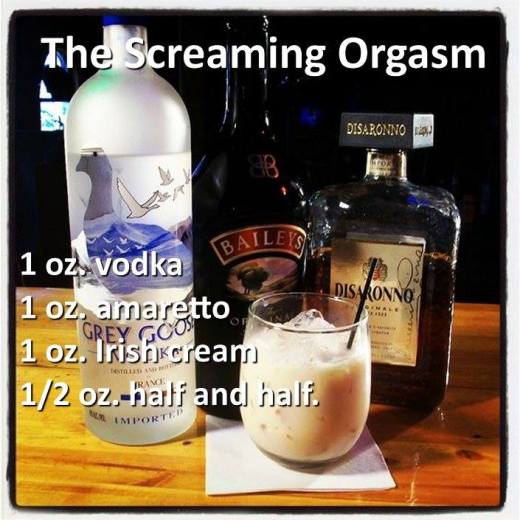 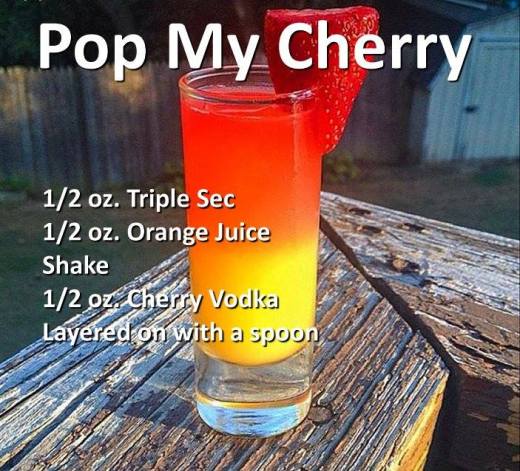 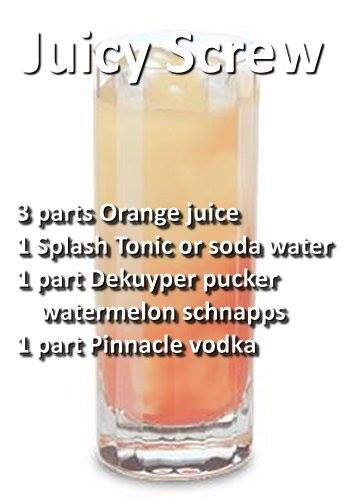 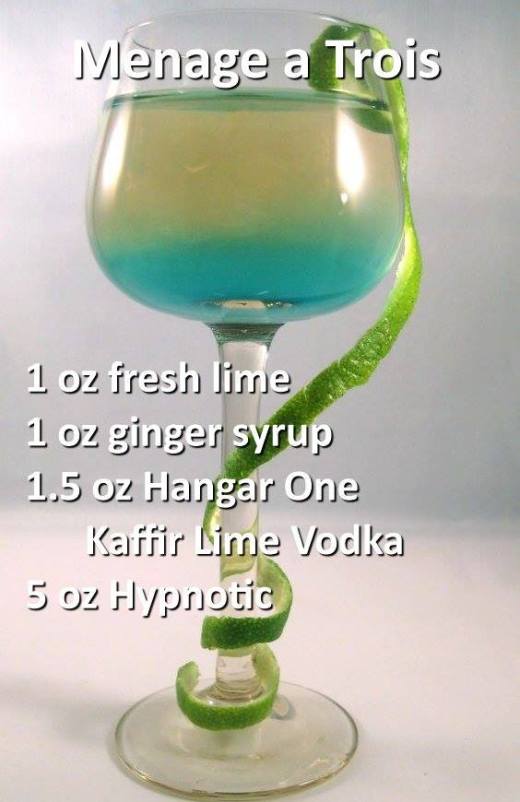 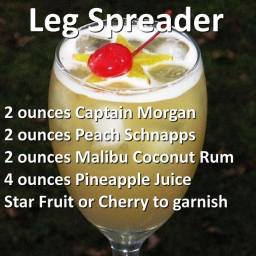 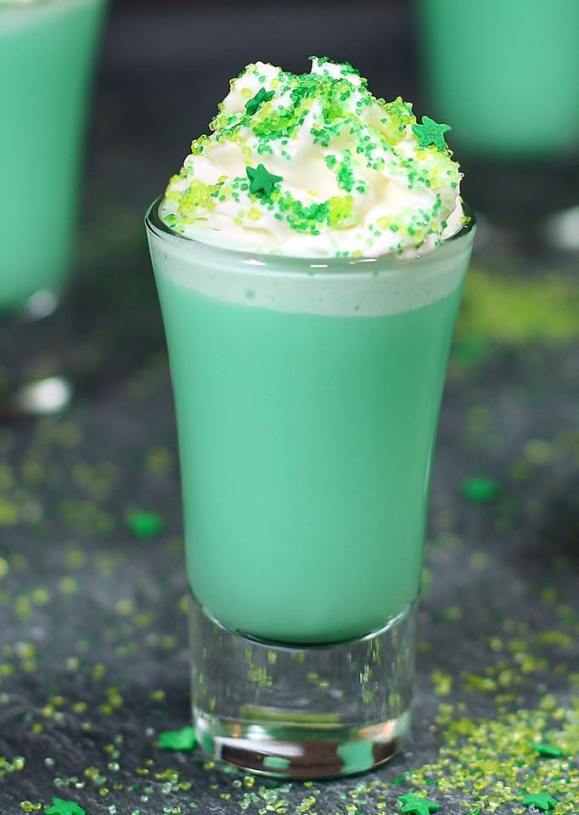 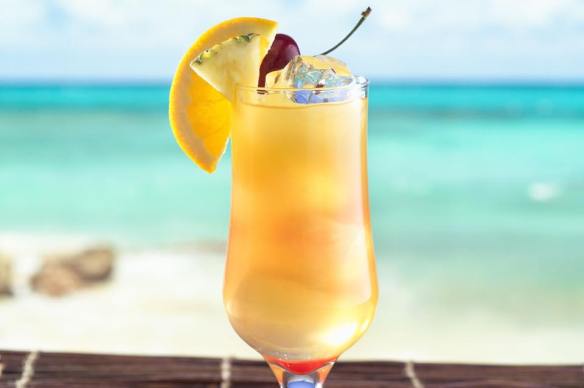 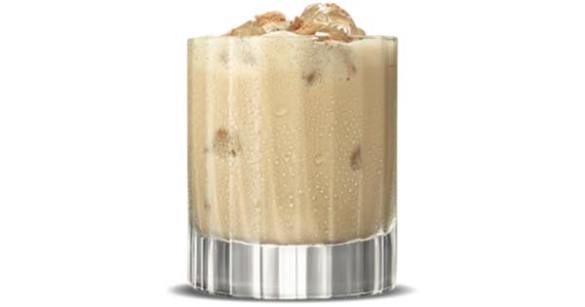 Snickers Cocktail
1 oz Irish Cream
1 oz Hazelnut Liqueur
1 oz Creme de Cacao Dark
1 oz Milk or Cream
All in a shaker with ice. A couple of shakes and pour into your favorite..