No, it’s not Bond’s Aston but do pay attention, because it is quite gorgeous. It is a fully restored Aston Martin DB6, filled with dreams, potential questions from surprised onlookers and a fair whack of electricity.

The DB6 marks the completion of Lunaz’s desire to Electrify The Cool British Classics; we’ve seen that Bentley, a simply majestic Rolls-Royce Phantom V, and now there’s this. Back in 2015, we got a ‘holy trinity’ of LaFerrari, 918 and P1. In 2021, electrified classics. Sign o’ the times indeed.

As with anything Lunaz undertakes, the DB6 is inspected, weighed and measured, after which its engine and associated paraphernalia are “sensitively removed” and stored. The entire car is 3D-scanned and then stripped to its base metal underpinnings and reshaped “entirely in the client’s image”; that is to say, anything the client wants, the client gets.

As long as it’s electric, of course. The DB6’s powertrain has been specifically programmed by Lunaz to allow for “brisk initial acceleration with the requirements of a classic car that is very much built in the mode of a Grand Tourer”. It reckons on a range of around 255 miles, which is probably more than most DB6s cover in a year.

As you’d expect, the brakes, suspension and steering have all been “uprated”, while there’s air conditioning, wifi, sat nav and modern infotainment options. Indeed, other creative ideas are welcomed; Lunaz design director Jen Holloway said: “We are proud to introduce the quintessential British GT, remastered for a new generation.”

She used to work as a lead in Aston Martin’s Q-Branch, so there’s star-quality pedigree in customisation right there. You can go traditional, or contemporary, including recycled textiles and so forth. Maybe even some oil slicks or a bullet-proof windscreen if you ask nicely enough, though we wouldn’t hold our breath on headlight-mounted miniguns…

Speaking of which, Lunaz has confirmed that while it intends on building this DB6 for around $1m plus local taxes (with deliveries scheduled for 2023) it will also electrify, strictly upon application, an Aston Martin DB4… and an Aston Martin DB5. As 007 said in Goldfinger, ‘shocking, positively shocking’.

The Jungle Yacht was created for and used by Italian explorer Commander Attilio Gatti and his wife, who both traveled extensively to the African Congo as a deluxe apartment “for his 1937-1940 (his 10th) and 1947 (his 11th) expeditions” and “equipped them quite lavishly.”

The trailers were pretty luxurious accommodations for camping out in the boonies of British East Africa. They were joined together in camp as a deluxe 5-room apartment on wheels, and served as headquarters while the expedition’s personnel sought out the secrets of the dim heart of Africa.

The camps were equipped with electricity and air conditioning and had a workshop, a photographic lab, and a ham radio station (Gatti was an enthusiastic ham radio operator). Electricity was supplied by a 110 volt generator mounted behind the cabs of the trucks. Each night a single wire 4500 volt electric fence was put up to dissuade the large specimens of the local wildlife from approaching the camp.

While this vehicle is more reminiscent of the counterculture movement of the ’60s, this particular 1967 Volkswagen Bus/Vanagon has been revamped to incorporate a Back to the Future theme.

We all love a good custom VW bus, be it a pub in a dub, a shorty bus or even a well designed off-road T3.

You’re most likely thinking “this looks nothing like the DeLorean!” but that’s the whole point. The artist wanted a challenge and wanted to create a replica car with something as far from a car as possible, and it’s so good it makes us think it should have been the original.

The stunning gun metal paint scheme, gullwing doors and bright orange interior makes it look real special, and if you take a closer look you’ll see a flux capacitor behind the seats. 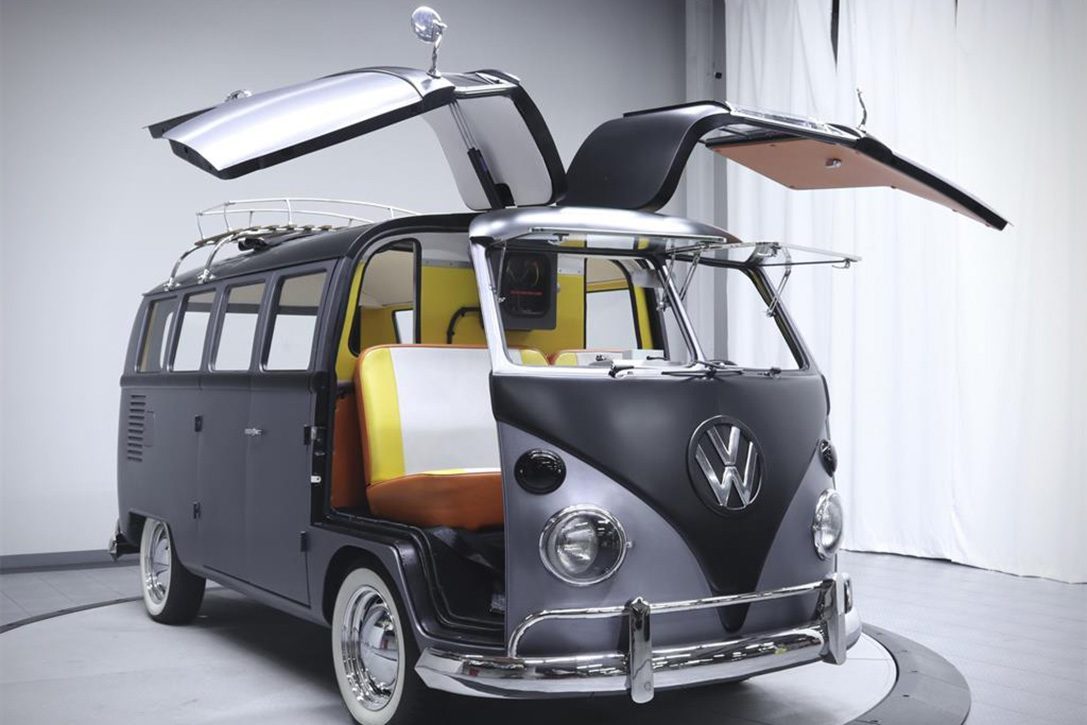 It’s a remarkable piece of memorabilia, and as a VW Bus addict we can see that it has been incredibly restored with a reupholstered and reworked interior, a pristine condition engine and a rugged roof rack for the adventure junkies out there. 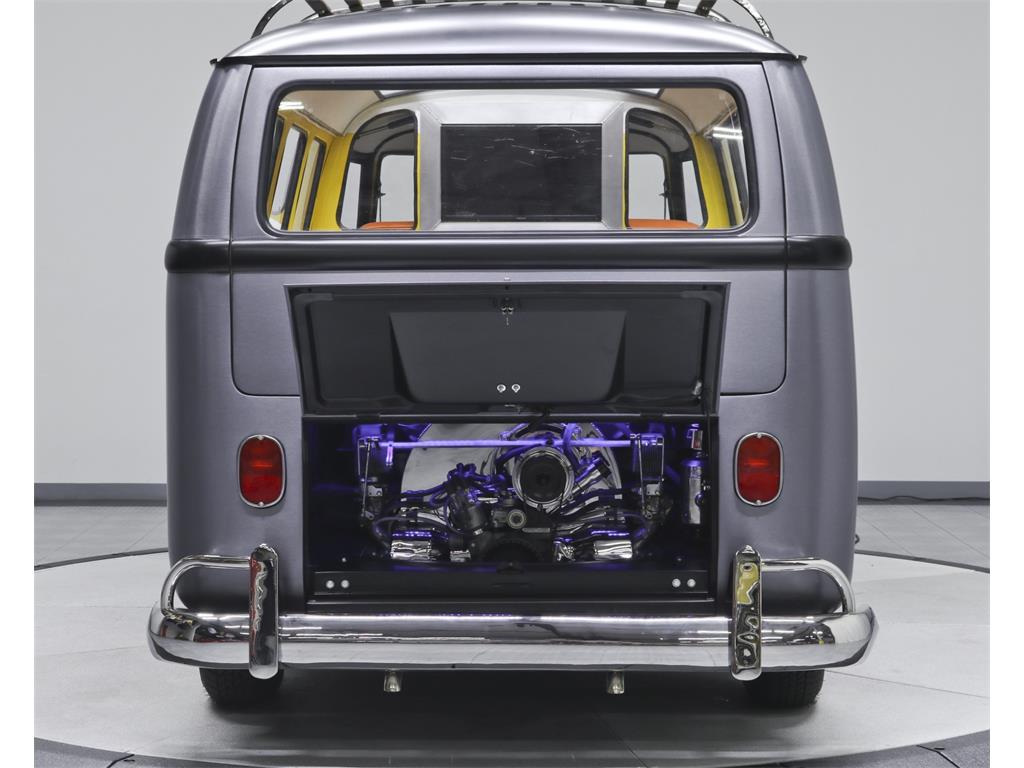 The best bit… it’s for sale. If there are any bus enthusiasts and Back to the Future fans out there this could be the chance to get hold of your dream bus, just make sure you have £65.000 ($89,000) saved up. 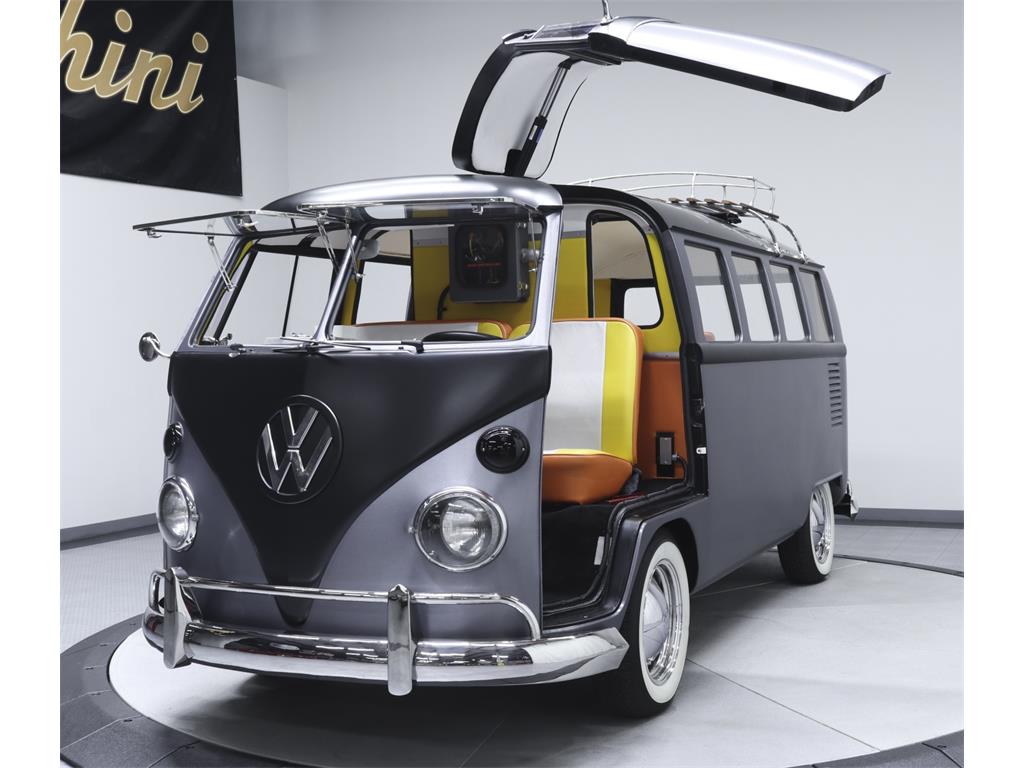 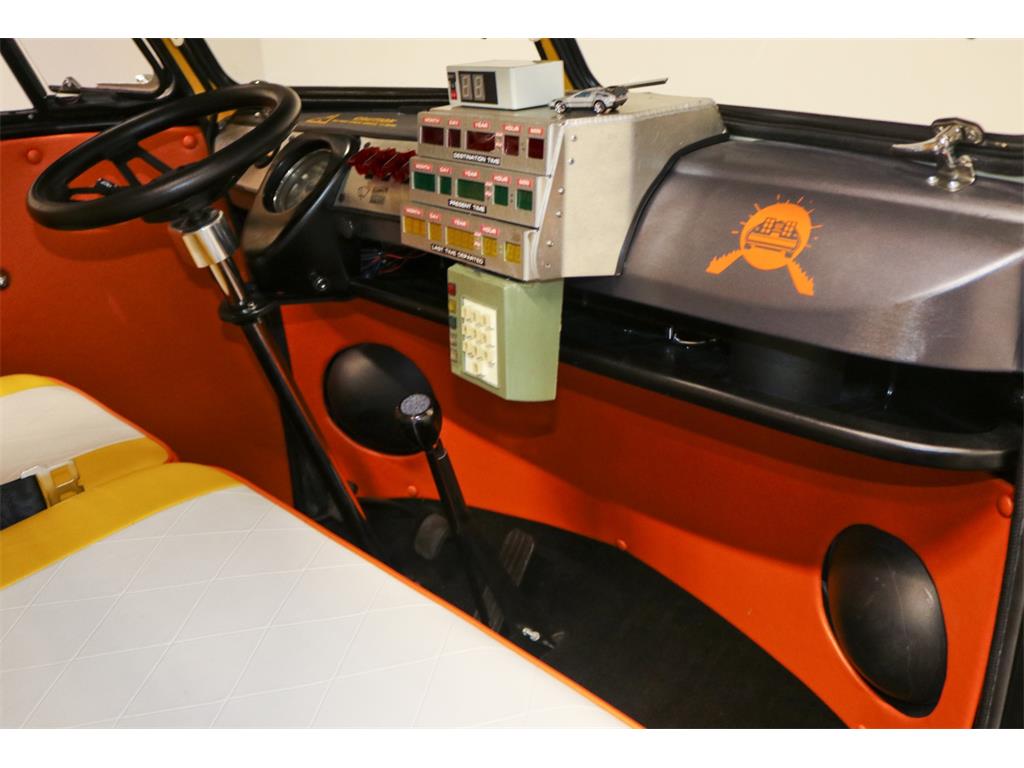 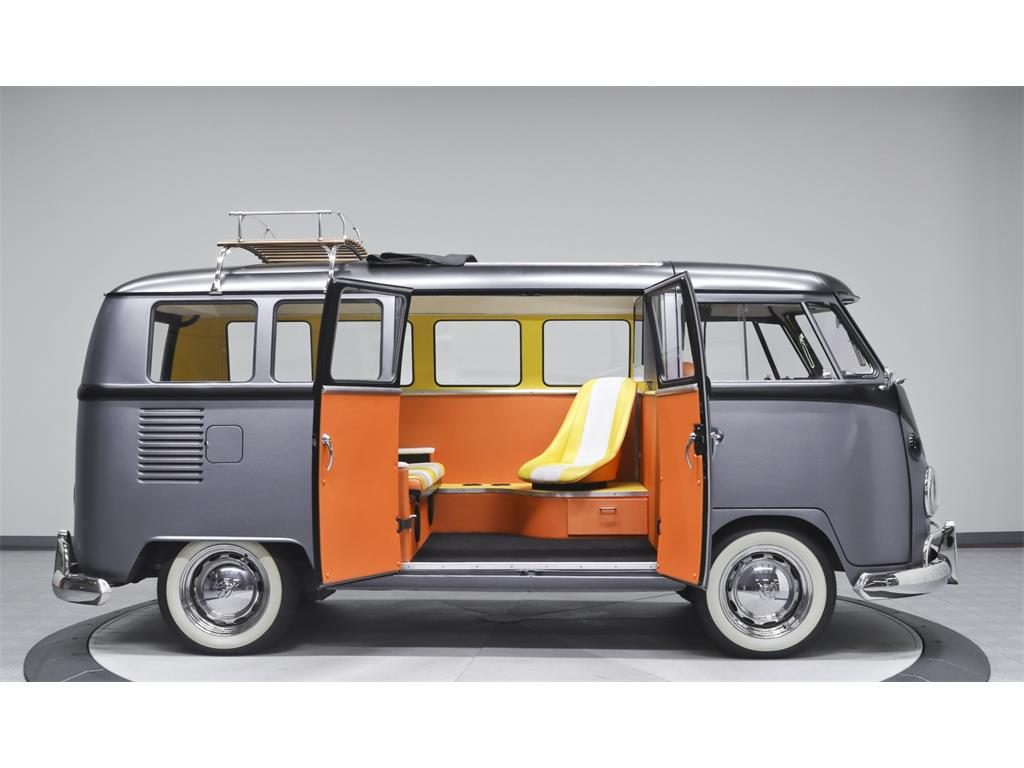