UPS plunked down reservations for 125 of Tesla’s electric heavy-duty trucks, the largest announced pre-order for the automaker.

The move by UPS, the nation’s largest private delivery company, will be seen as a vote of confidence for the Tesla Semi by the shipping and logistics industry.

“These groundbreaking electric tractors are poised to usher in a new era in improved safety, reduced environmental impact and reduced cost of ownership,” said Juan Perez, chief information and engineering officer at UPS.

The delivery company joins a growing list of trucking and logistics firms willing to put down $20,000 reservations for the new truck. Tesla has shown prototypes of its Semi, but it won’t go into production until 2019.

Tesla has announced reservations for at least 381 trucks. It likely has more that are unannounced.

Food, beverage and retailers are the first hand raisers.

“The Tesla Semi continues to pick up validation from customers both in terms of a growing order book as well as endorsement of its capabilities,” Ravi Shanker, a Morgan Stanley analyst, wrote in a report to investors Monday.

While Tesla has heard from a handful of major motor carriers, including J.B. Hunt and Schneider, they have not said how many Tesla trucks they are looking at. Big trucking companies are the most important segment of the business because they are the highest volume buyers.

XPO Logistics, another large trucking company, has confirmed it is testing the Tesla truck but has not placed an order.

“Carriers we have spoken with have said that the truck seems impressive but remain somewhat skeptical,” Shanker said.

Still, the UPS order for Tesla trucks is a significant milestone, analysts said. 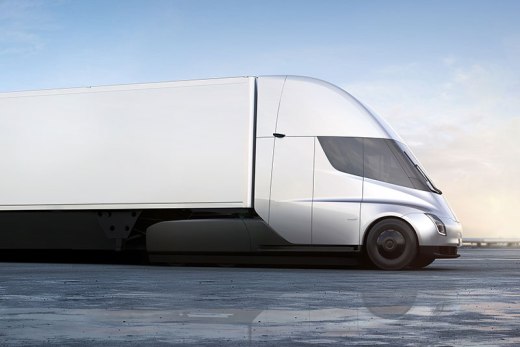 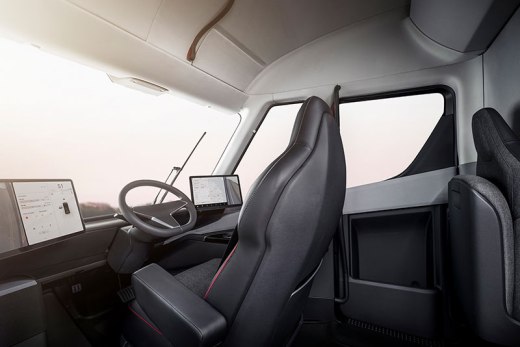 Tesla has struggled to get its passenger cars to market, often encountering production delays. It is currently dealing with component supply and assembly problems as it works to launch its Model 3 compact sedan.

The UPS order brings a “cool factor” and provides Tesla with a “marketing bump,” Ramsey said.

“Clearly, they see that Tesla is offering a potential solution that can meet or actually do better than their current fleet cost structure,” he said. There are additional climate and emission benefits derived from the trucks.

“This is the biggest sign yet of the desire for and willingness to adopt a fundamentally different platform in heavy-duty trucks,” Van Amburg said.

UPS said it consulted with Tesla as the automaker was designing the truck.

The shipping company is aggressively looking at alternative fuel technologies. It announced in June a goal to transition 40 percent of the ground fuel it uses to sources other than conventional gasoline and diesel by 2025. It also wants to cut its greenhouse gas emissions from global ground operations 12 percent by 2025.

Already, UPS has deployed one of the largest private alternative fuel and advanced technology fleets in the U.S. It has 8,500 such vehicles using a range of electric, hybrid electric, hydraulic hybrid, ethanol, compressed natural gas, liquefied natural gas, propane and biomethane powertrains.

When he introduced the truck in November, Tesla Chief Executive Elon Musk said the Semi’s aerodynamic design and electric drive train will power the truck and trailer – 80,000 pounds –from zero to sixty mph in 20 seconds. That is about 40 seconds faster than a conventional diesel truck, he said.

It will climb 5 percent grades at 65 mph compared to the 45 mph of a diesel truck, Musk said.

Unlike a conventional diesel truck, there is a single driver’s seat centered in the cab between a pair of 15-inch information screens.

The Tesla Semi is initially designed for short- and regional-haul routes, such as those that run goods from ports to distribution centers, but Musk said a long-haul sleeper cab model is in the works.

Fully loaded, the Tesla Semi is capable of 500 miles of range at highway speed, he said. While lengths under that range are generally considered regional, rather than a long-haul, the truck would satisfy many freight requirements. Nearly 80 percent of freight in the U.S. is moved less than 250 miles.

The company confirmed the order today.

“For more than a century, UPS has led the industry in testing and implementing new technologies for more efficient fleet operations. We look forward to expanding further our commitment to fleet excellence with Tesla. These groundbreaking electric tractors are poised to usher in a new era in improved safety, reduced environmental impact, and reduced cost of ownership.”

They expect to be among the first fleet operators to take delivery of the new electric truck in 2019. The effort is part of UPS’ goal that one in four new vehicles purchased annually will be an alternative fuel or advanced technology vehicle by 2020.

The logistics giant has several other electric vehicle efforts, like converting ‘up to 1,500 delivery trucks’ to battery-electric in New York and it already bought some of Daimler’s new electric trucks.

While this is Tesla Semi’s biggest order yet, it’s a small fleet update for UPS, which is one of the biggest fleet operators with 108,000 delivery vehicles around the world.

After Tesla revealed the pricing of its electric semi trucks last month, we learned that the regular production versions for the 300-mile and 500-mile range versions will be $150,000 and $180,000 respectively, while the company is also listing a ‘Founders Series’ version for $200,000.

This means that UPS’ order alone is worth between $18 million and $25 million.

Tesla first started taking reservations with a $5,000 deposit per truck, but has changed the listed deposit price last month to $20,000 for a “base reservation” of the production version and the full $200,000 for the “Founders Series” truck.

If UPS just now placed the order, they likely had to place a $2.5 million deposit.

As we have been suggesting with all the recent pre-orders a whole month after the event, it looks like there’s a snowball effect going on with Tesla Semi.

The tally of confirmed reservations is now just over 400 trucks, but that’s just from companies having publicly announced their Tesla Semi pre-orders. We think that smaller fleet operators and other companies have also quietly placed orders.

Either way, it’s clear that the demand is currently strong for the truck and possibly even getting stronger a month after the unveiling event.

Have you taken a look at the new Tesla Semi truck yet? If not, I recommend you do; it’s pretty damn impressive. If Tesla CEO Elon Musk is on the money, this product might change the way the trucking industry operates all over the world.

Musk unveiled the aerodynamic, all-electric truck recently in Los Angeles, and the crowd was wowed. The truck has a 500-mile range, but what is really revolutionary about the new semi is what is missing: there is no transmission, no clutch, and no large motor in the truck.

Musk guarantees that the groundbreaking semi will not break down for a million miles and that the brake pads will last forever. He also claims that the truck’s glass is “thermonuclear explosion-proof.” The trucks will charge at “Megachargers” where cargo can simultaneously be unloaded, and a 30-minute charge will add 400 miles worth of driving. The prototypes also feature tires that each have their own motors and can operate independently.

The truck’s battery is built into the chassis, hidden behind a frame that protects it. The cab, where truckers spend roughly 12 hours a day, has been redesigned to look like a small room, with the wheel in the centere of the dash. There is no passenger seat, but a small jump seat is located behind the driver.

A lot of space is saved because of the lack of a motor and transmission, giving the driver 7 feet of standing room. As of now, the semi curiously does not contain a sleeper cabin, but the company says they’re considering a model that includes one in the future. The cab also features touchscreens for the driver on either side of the steering wheel.

The Tesla semi has other advantages for long-haul truckers, including automatic emergency breaking, auto steering, and lane-departure warning. One additional feature useful for drivers is the jackknife prevention technology that applies torque to every wheel and activates all brakes independently when sensors detect a possible impending jackknife. Thats good news for all of us – if you’ve ever been stuck in a traffic jam, you know jackknifes are a major cause of highway backups.

Production on the Tesla semis is supposed to begin in 2019, and companies are already reserving their fleets. It will be interesting to see how quickly Elon Musk and Tesla get these bad boys on the road.