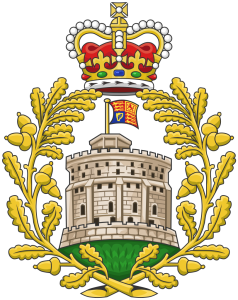 George V’s decision to change the name of the British royal family from Saxe-Coburg-Gotha to Windsor was presented at the time, and has been so since, as a gesture of solidarity with the British people fighting ‘the Hun’ in WWI . Undoubtedly that was part of the picture. But it seems probable that other more self-interested factors were involved too.
Since Prince Albert married Queen Victoria (who herself belonged to the equally German line of Hanover) the British royal family had been Saxe-Coburg-Gothas, although to try and sound more Saxon and thus be acceptably Anglo-Saxon the ancient name Wettin (from which Saxe-Coburg-Gothas branched) had been mooted and partially adopted. But Saxe-Coburg-Gothas they remained.
At war with Germany since 1914, the British had built up considerable hatred for the enemy; attacks on shops with German-sounding names had been frequent – for example after the May 10 1915 Zeppelin fire-bombing of Southend. Two events in the first half of 1917 must surely have precipitated King George ’s July 17 proclamation changing his family name: in March Tsar Nicholas had abdicated, proof-positive that monarchies were vulnerable in wartime; and on June 13 the worst German air-raid on London occurred, its death toll of 162 including 46 young children at a school in Poplar. The planes used were Gothas, which must have rung alarm bells in the royal family and set republican politicians thinking.
So the name Windsor, long associated with the monarchy through its castle there, was adopted. And to make the message clear, the tower ofWindsor Castle was made part of the royal coat of arms.